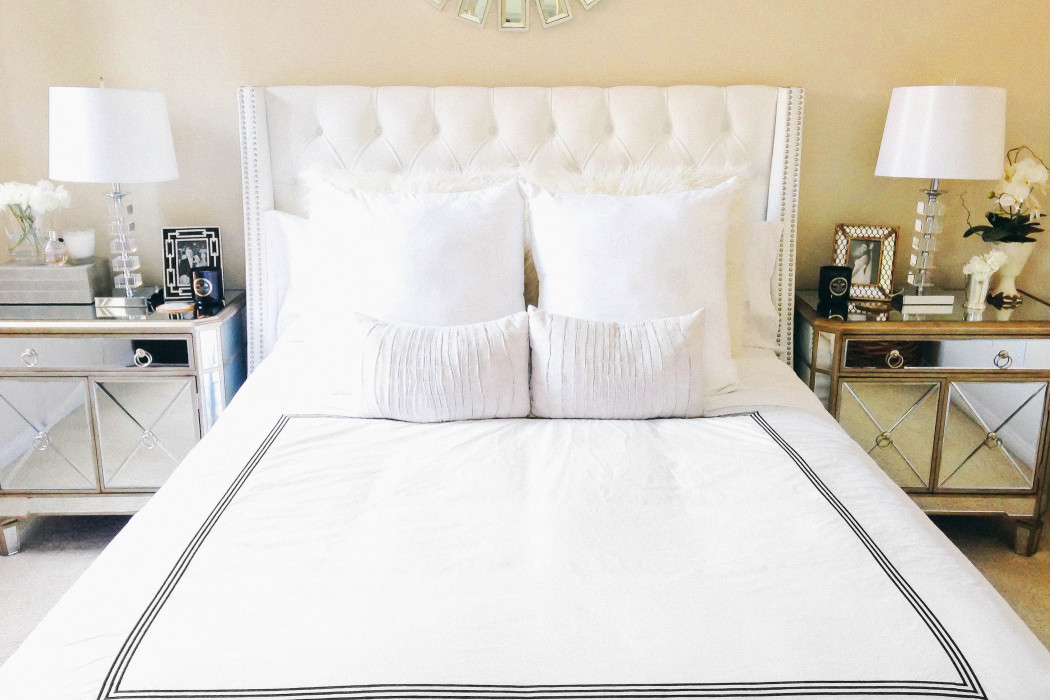 I’m a big fan of duvet covers instead of fancy comforters, mostly because they’re easy to keep clean – just throw the cover in the wash!  It was time to replace ours, since it had been a few years and a few mendings.  See the last bedroom post here.

Hotel-style bedding has always been my favorite, so I like to stick to white.  However, I wanted something with a little more pizazz, so I started my search for a white duvet cover with stripes. I came across Frette and Restoration Hardware and fell in love, but I didn’t want to spend that kind of money on something so white when Mr. Bond likes to snack (messily) in bed!  You can’t really use bleach on this duvet style because of the black stitching, and it weakens the fibers over time anyway.

I decided to see what Pottery Barn and Amazon

had to offer as an alternative.  Here they are side by side: 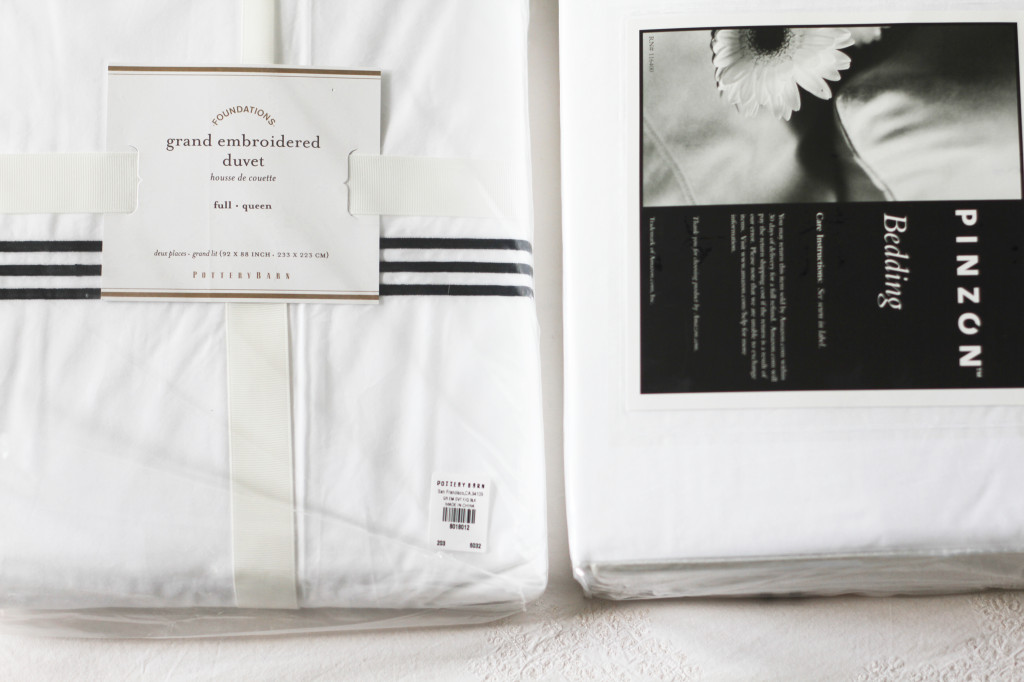 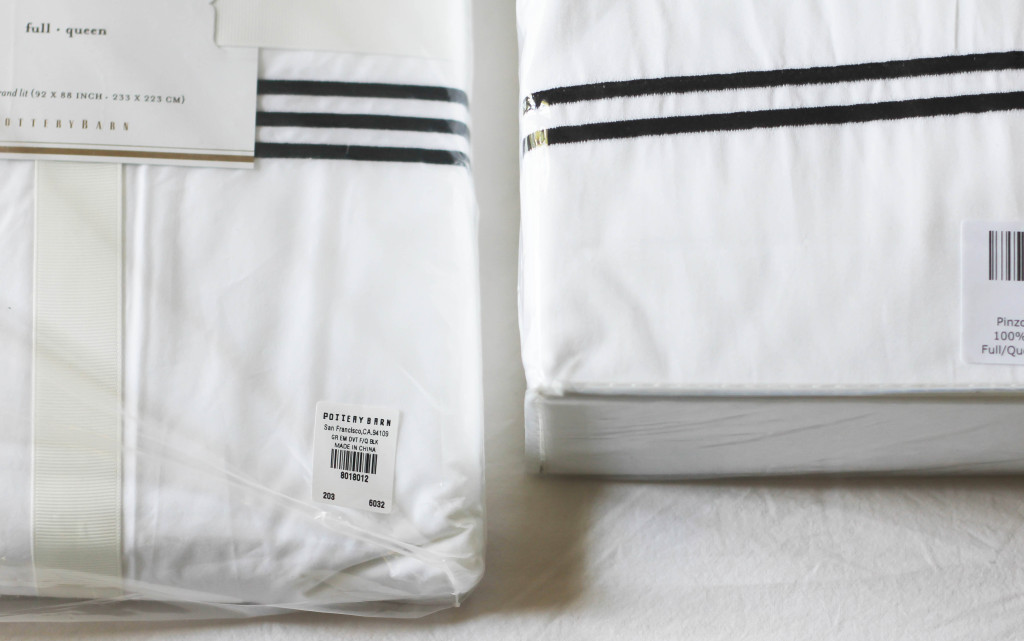 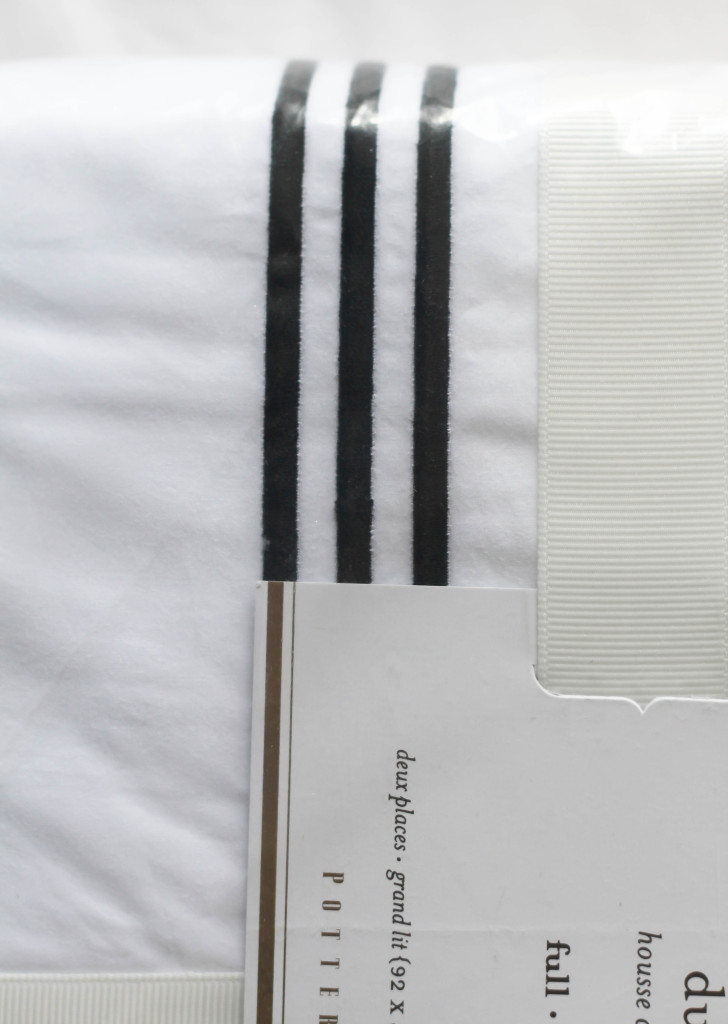 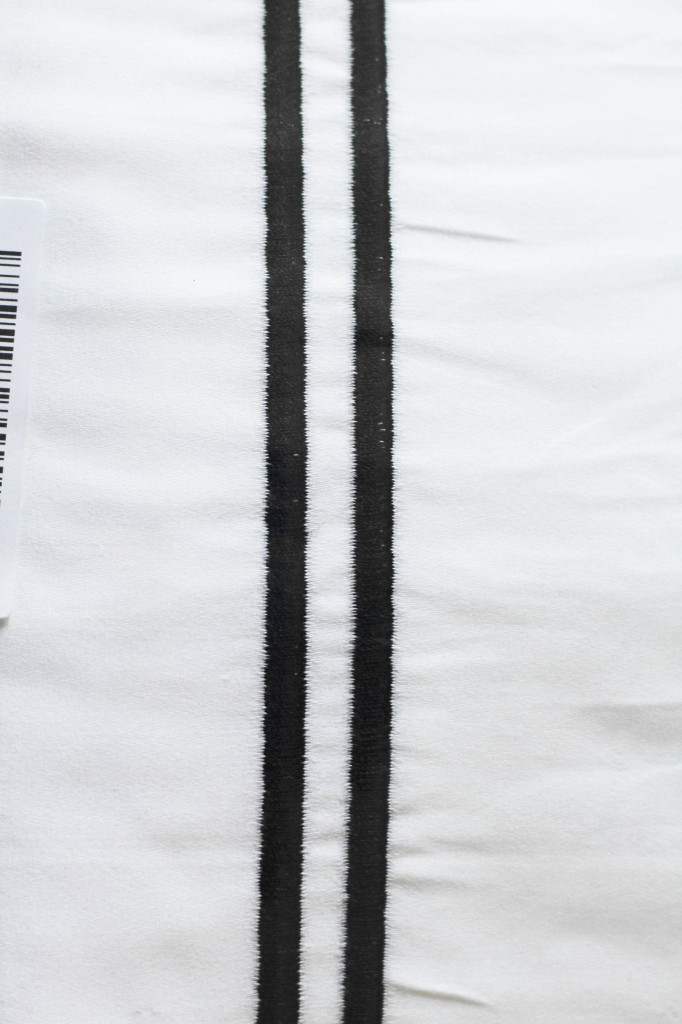 .  As you can see from the close-ups, the Amazon

duvet stitching kind of “bleeds” into the surrounding fabric; some reviewers said that the stitching came apart after washing it a few times, but of course I wanted to see for myself.  Since it’s not as clean of a stitch as the Pottery Barn (which you’d expect since there is a price difference), I decided to return the Amazon duvet.

For those of use who are OCD about things like this (I know I’m crazy, but it’s not gonna change, haha), the Pottery Barn duvet came closest to the Restoration Hardware option I had felt in person: 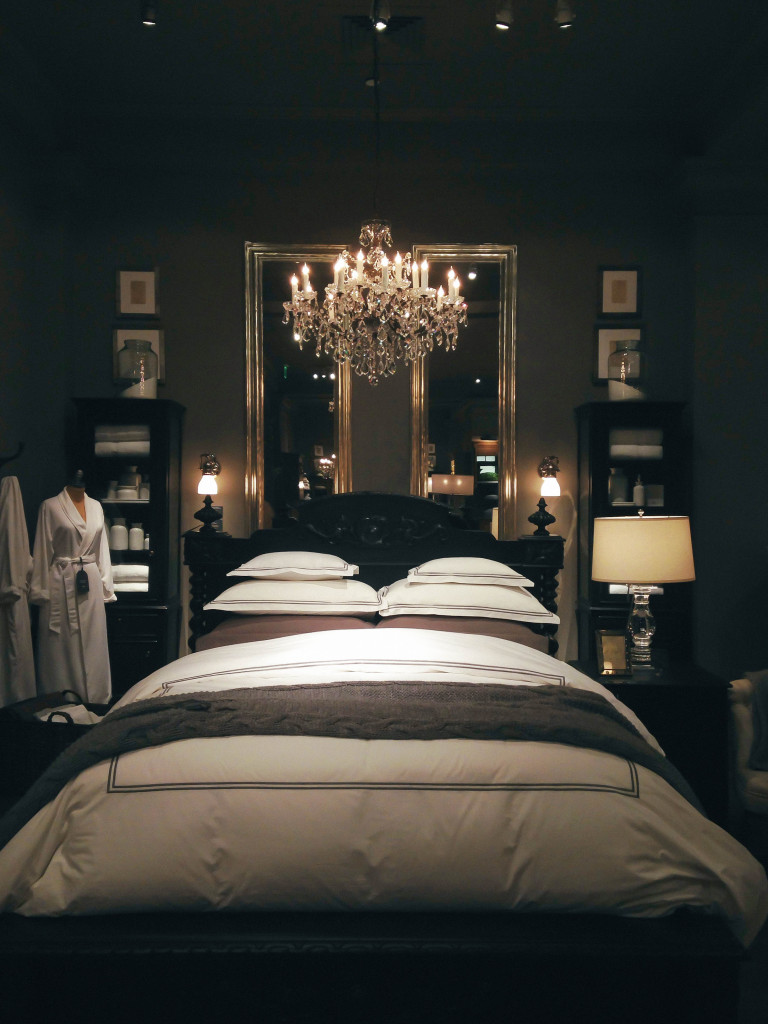 Here’s the Pottery Barn duvet on our bed this morning after washing it and testing it out for one night.  Mr. Bond approved, so let’s hope it holds up to the test of time. 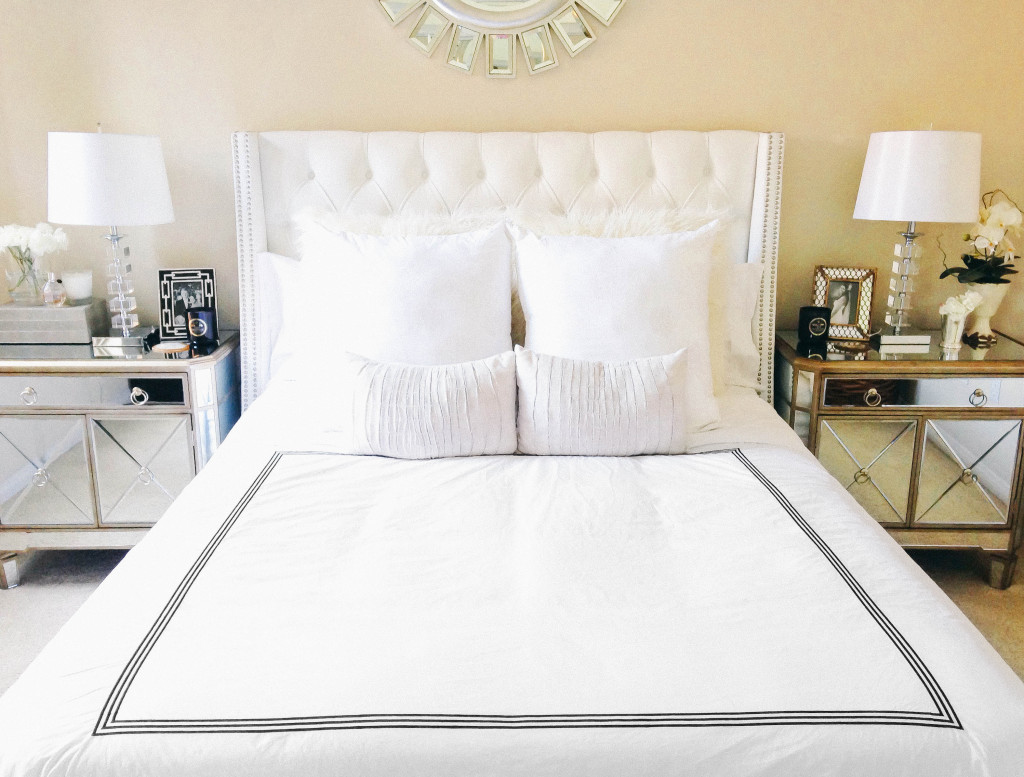 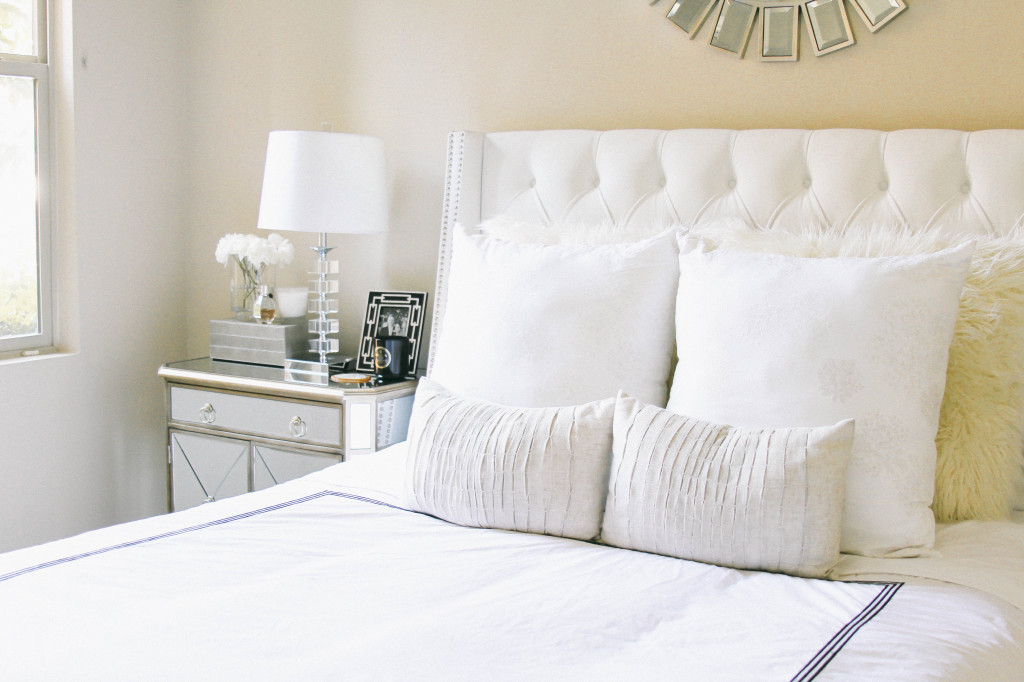 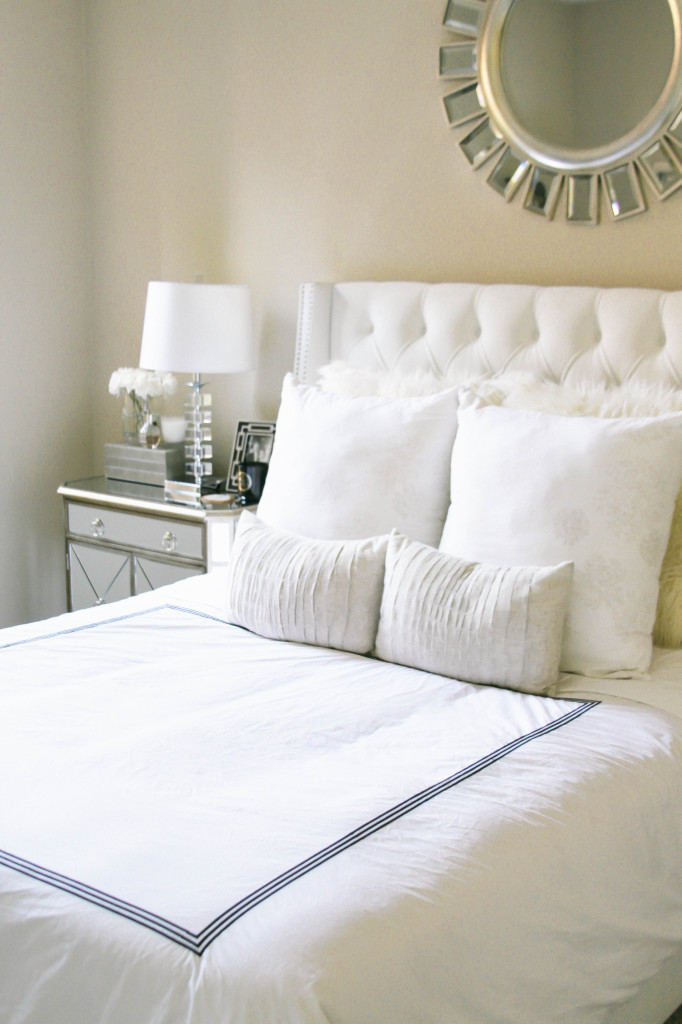 Comment down below what you think of the new duvet. 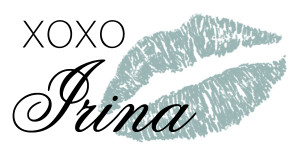 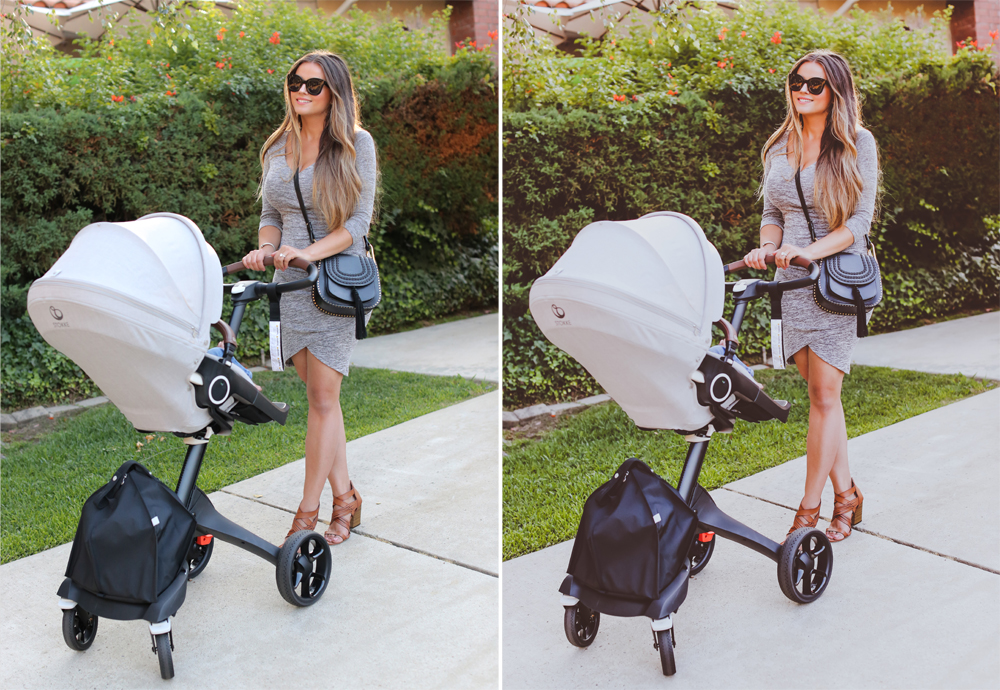